Having totally lost the blog I published in the week I have to redo.
After a gap of two years I now find myself doing 2 blogs in a week. As if I don't have enough to do at this time of year.
July was the first firing of the year, pots made from March onwards after recovery from a nasty hernia repair.

Kiln packing, getting loads of pots in. 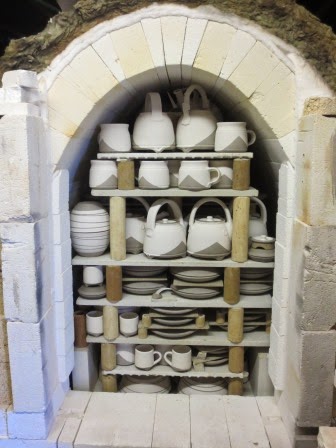 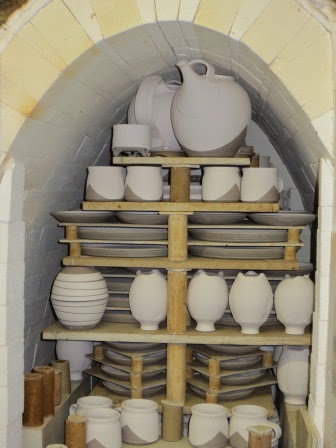 The results were pretty good, over 200 pieces out and only 4 losses, the big teapot went to America from a commission and cups and saucers had been commissioned by Valentine Clays my long term clay supplier. 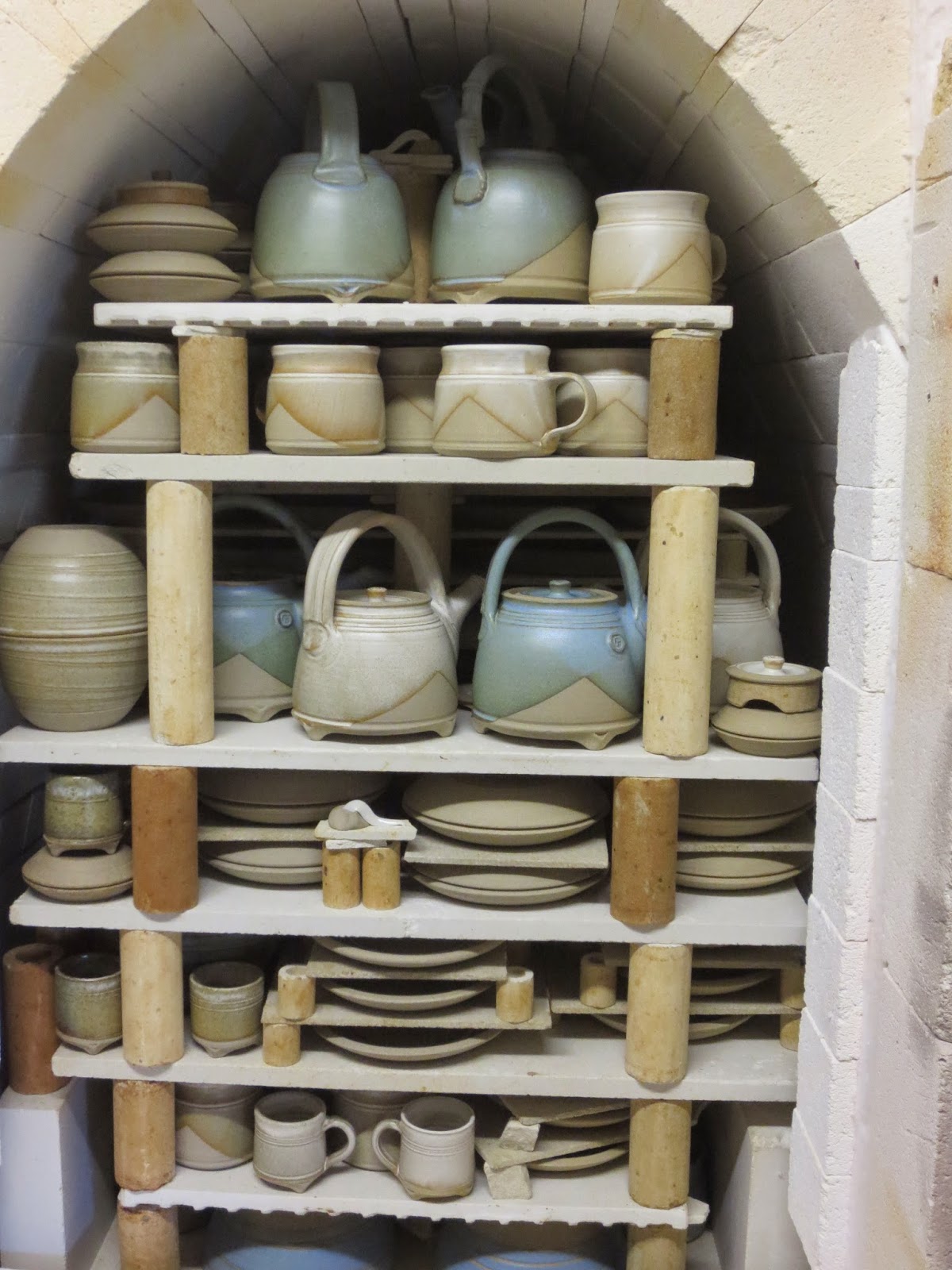 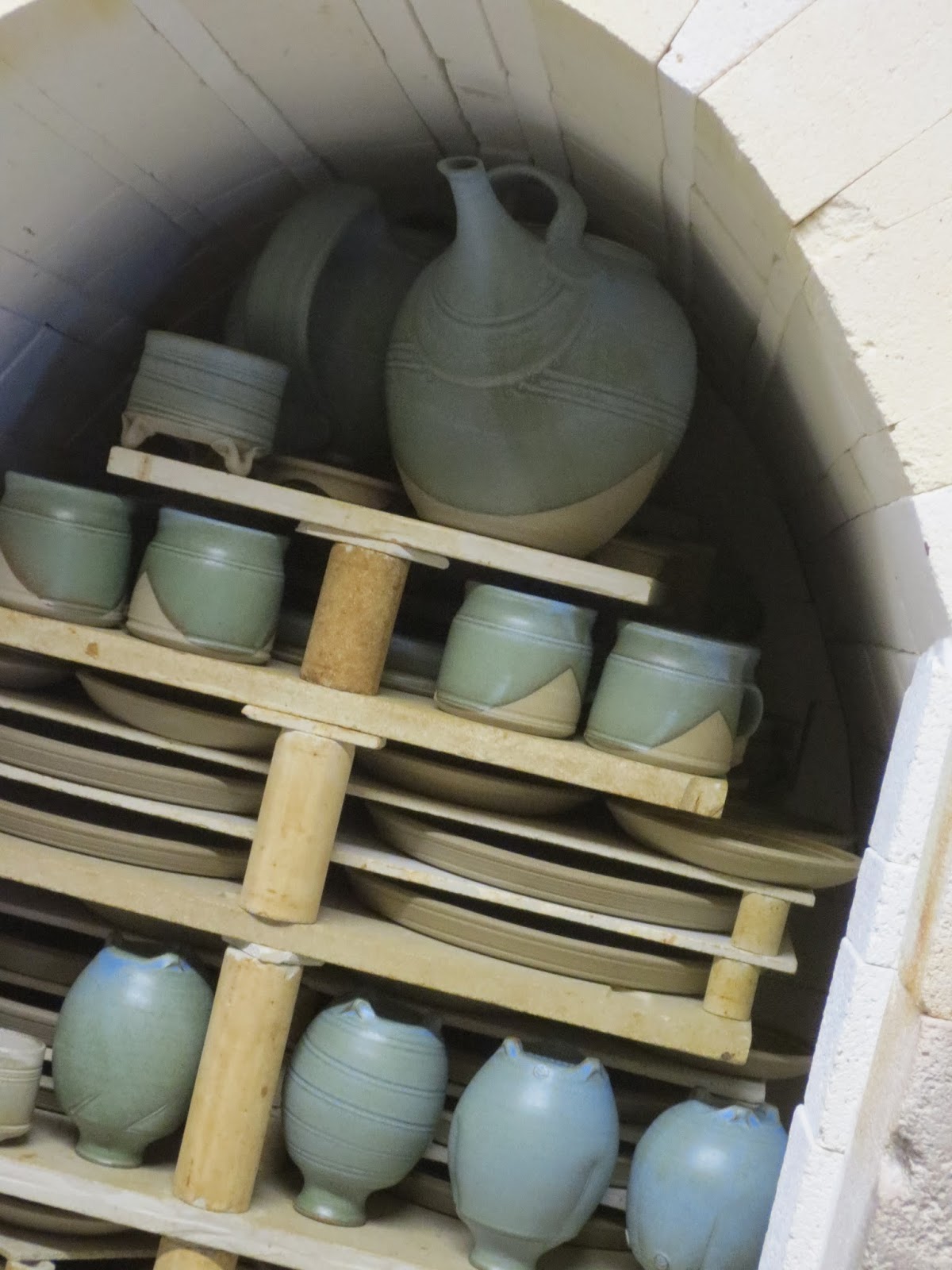 Next firing packing as tight as possible once again 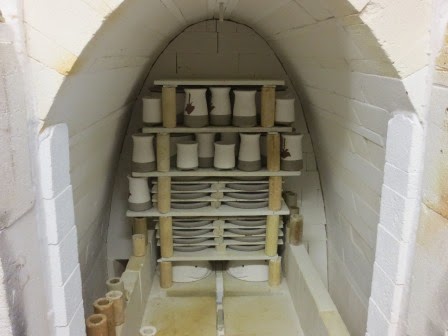 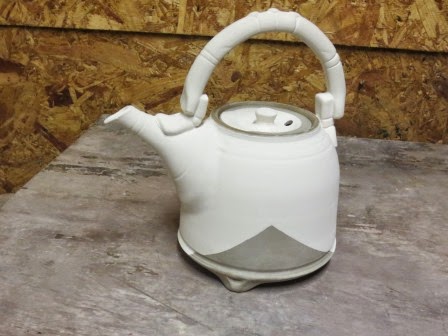 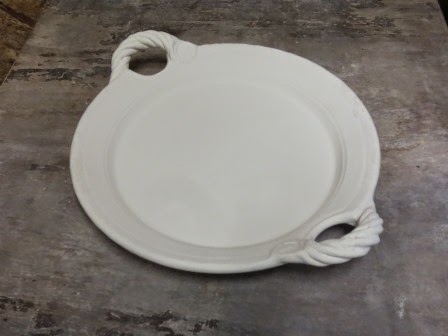 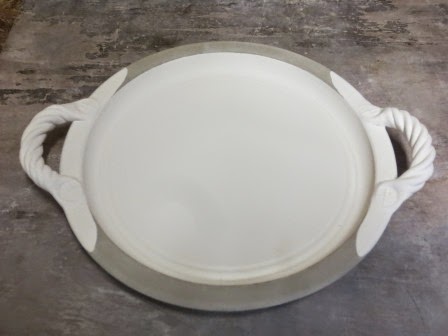 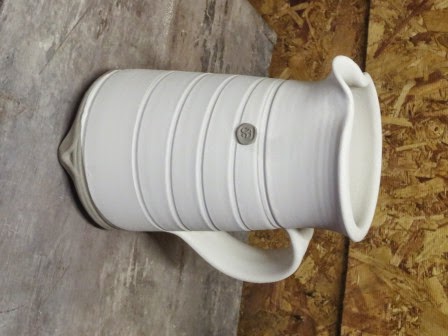 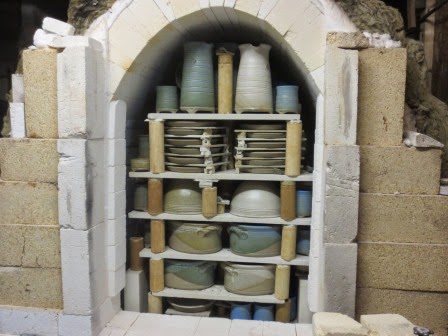 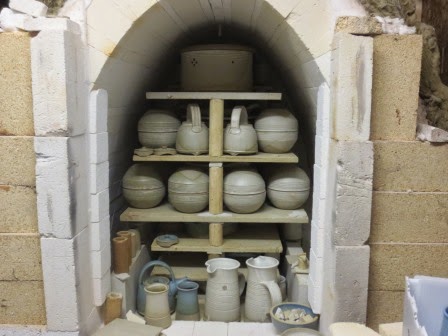 Another successful firing. Over 200 pieces came from the kiln and only 3 losses this time. 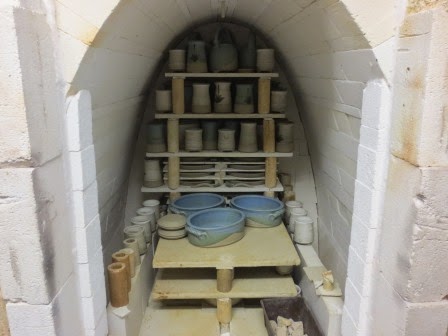 After unpacking it all it was time to put together some sets. 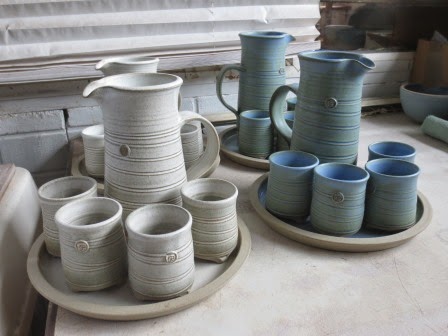 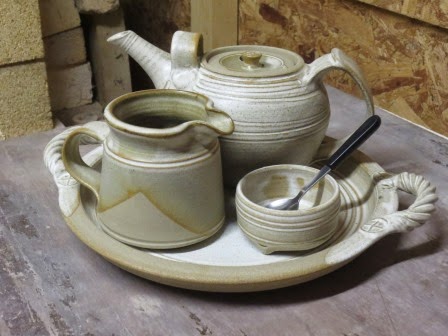 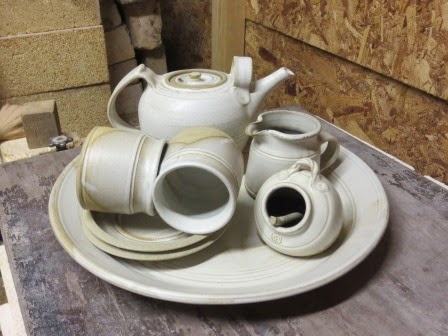 Now onto the next firing...
Some pots had to be sun dried in a rush to complete the packing 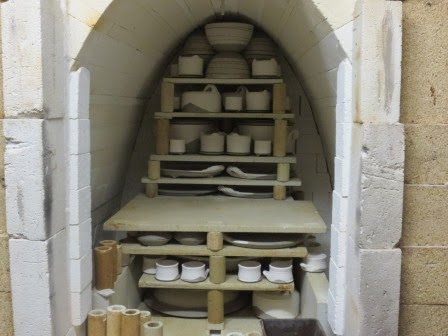 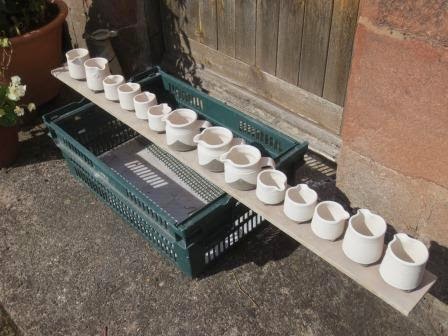 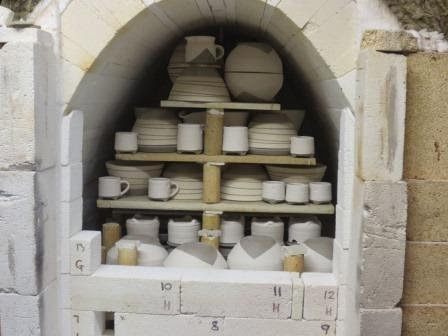 Having got the kiln packed and lit on Saturday morning at 6.45am all seemed well until I heard the dreaded POP! of an explosion within the kiln. Something I haven't heard for about 8 years. I raked remnants of a pot from the burner port, lost at least 20 minutes in the firing time and can see there will be a few losses from this kiln. Hoping those losses are just what I can see through the spy-holes. Cursing myself for risking a couple of pieces which may not have been totally dried out but that's the life of a potter I suppose.
Resulting mayhem may be posted in the week.
At first it didn't appear too bad but if you look closely there a little dots on the kiln shelves they are bits of exploded pot. 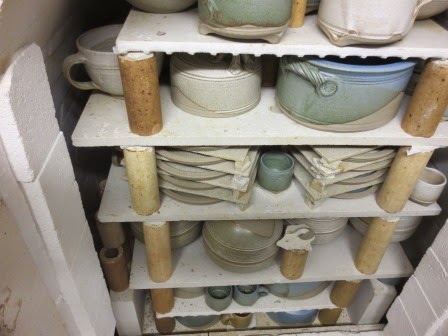 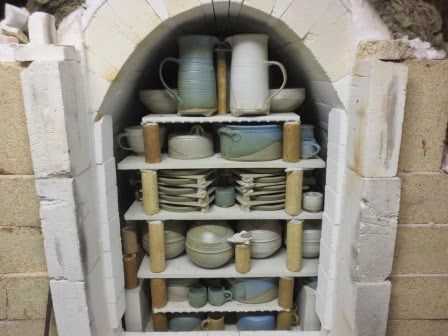 All the plates and platters were ruined about 25% of the pots were ok and 20% rescued with a chisel and carburundum stone.
A hard lesson, just shows how even after so many years a moment of stupidity is still possible
Well after two superb kilns a complete and utter disaster! Onto the rest of life.
All the grass cut before two weeks away in Cumbria 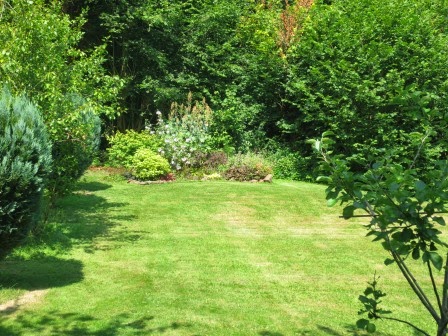 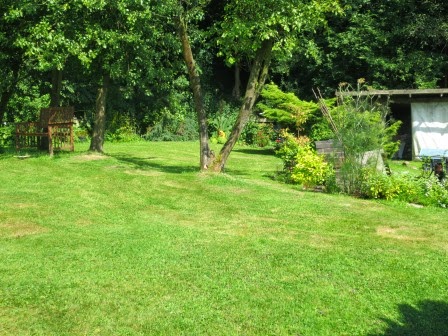 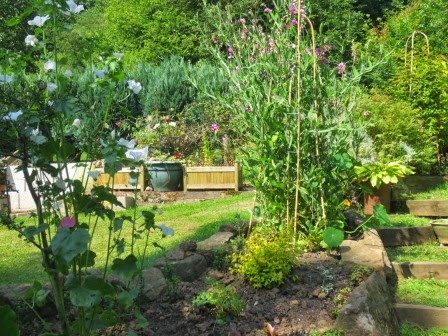